The National Pork Board is comprised of 15 pork producers or importers, nominated by Pork Act Delegates at the National Pork Forum and appointed by the U.S. Secretary of Agriculture.

The board collects the National Pork Checkoff funds and uses those dollars to implement programs of promotion, research and consumer information designed to enhance the marketing of U.S. pork and pork products.

Get Involved in the National Pork Board 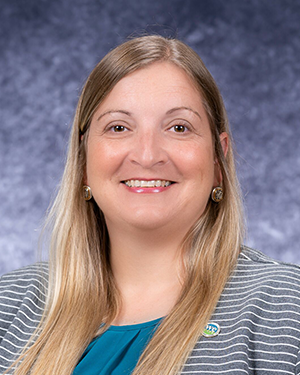 Heather is a former NPB board vice president and treasurer. She is also former president of the Indiana Pork Board and has been actively involved since 2009. She serves on the National FFA Career Development Sales Committee and is a leader for the local 4-H chapter. Heather is an Operation Main Street speaker. 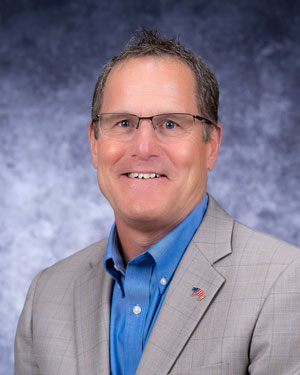 Bob Ruth is the past president for Country View Family Farms, a farrow-to-finish farm with 110,000 sows.

Bob moved into his current role as the senior vice president for Clemens Food Group after serving Country View Farms for 20 years. He also serves on the Pennsylvania Pork Producers Board of Directors and is an active member of PennAg and Pennsylvania Farm Bureau. 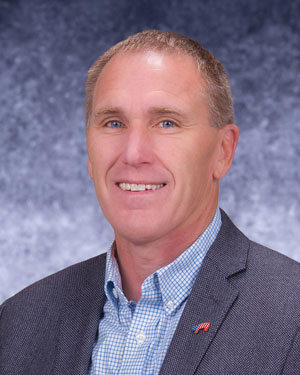 Al served on the board of the Iowa Pork Producers Association (IPPA) and as its president. Al is currently involved in IPPA finance, research and animal health committees, as well as IPPA’s Foreign Animal Disease Task Force. He currently chairs the National Swine Disease Response Council and was previously on numerous National Pork Board committees. Al also serves on the Iowa State University advisory boards for the College of Veterinarian Diagnostics and Production Animal Medicine and Iowa Pork Industry Center. 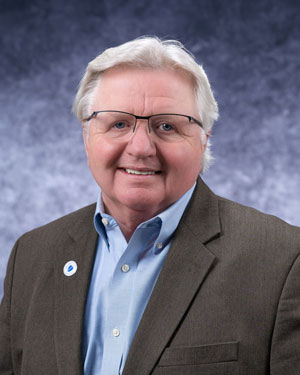 Gene is in his second term on the board, most recently serving as the board vice president, on the 2020 Strategic Planning Task Force, and co-chairing the joint We Care® Task Force with the National Pork Producers Council. Gene also serves on the Iowa Pork Producers Association board of directors and on its Promotions Committee. 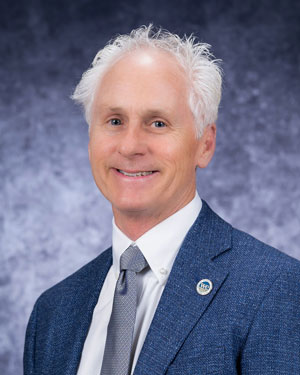 Pat Bane is the co-owner and manager of Bane Family Pork, a 3,000-sow farrow-to-wean farm in Illinois. They also raise corn, soybeans and hay.

Pat has been heavily involved in numerous events with the McLean County Farm Bureau, McLean County Fair and the Illinois Pork Producers Association. He was selected as the 2018 America’s Pig Farmer of the Year, where he served in various capacities as an advocate for the pork industry around the nation. 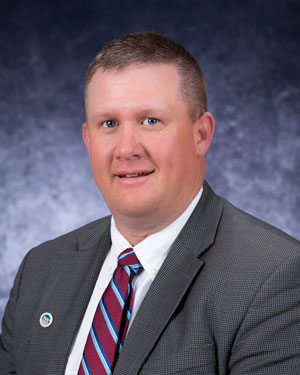 Jeremy Burkett is the operator of a farrow-to-feeder farm at Casper College in Wyoming.

As a full-time professor at Casper College, Jeremy specializes in teaching and conducting research in animal science and meat science, along with coaching the livestock judging team. In addition, he serves as a U.S. Pork Center of Excellence board member and is a state executive and member of the board of directors for Wyoming Pork Producers Council. 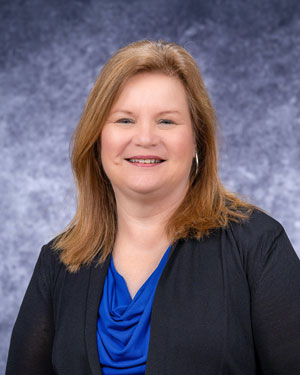 Deborah also owns Legacy Biogas, which uses manure from the farm to generate electricity that is sold to the power company. She is a member of the North Carolina Pork Council and North Carolina Farm Bureau (Wayne County) board of directors.

Jessica Campbell is the owner of Carroll Creek Farms, LLC, based in Waynesville, Ohio.

The farm markets 300 pigs per year directly to consumers through a community-supported agriculture program, wholesale freezer meats, their on-farm store and the local farmer’s market. Jessica raises cattle, sheep, broilers, turkeys and layers as well. She is a National Pork Producers Council (NPPC) allied industry member and serves on the Ohio Pork Board of Directors. 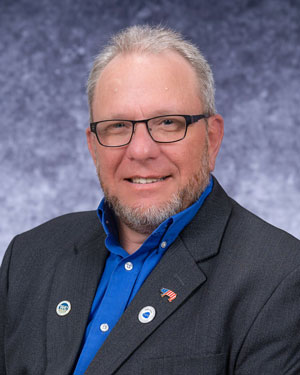 Richard Deaton is a sales representative for PIC – a seedstock producer located in Tennessee.

In addition to serving on numerous statewide committees, Richard has served as an Ohio Pork Council director from 2011-2014 and as an officer since 2015, including as president from 2017-2018. He currently serves as the past president of the Ohio Pork Council. Additionally, he served as a Pork Act Delegate in 2013, 2015, 2018 and 2019. 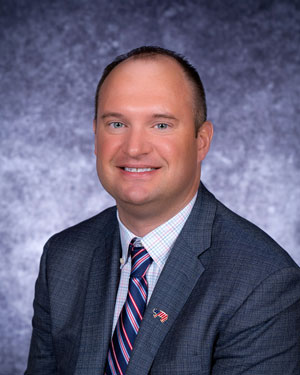 Chad Groves is the senior vice president of sales and marketing for Seaboard Foods, an integrated processor marketing 7.2 million hogs annually from its 330,000 sows based in Shawnee, Kansas.

Seaboard Foods markets and sells pork for Triumph Foods and Seaboard Triumph Foods. Chad has a diverse background in sales, marketing and business for food, including pork. In his current role with Seaboard Foods, he leads a team to market a premium product to their customers. 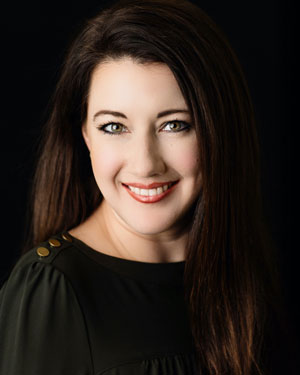 Alayne Johnson is a part-owner of Shady Grove Farms, a fourth-generation family business.

The family has been raising hogs in northeastern Indiana since 1940, and now runs a 1,000-sow, farrow-to-finish hog and integrated crop operation. They market around 25,000 hogs each year and grow approximately 5,800 acres of corn, soybeans and wheat. 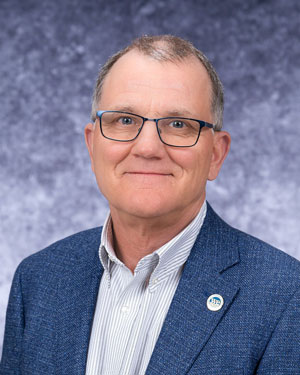 Bill Luckey, a fourth-generation farmer, owns a wean-to-finish operation in Columbus, Nebraska, and is a part-owner of a sow farm.

Bill is responsible for the daily care of 740 nursery pigs and 1,400 finisher pigs. In addition, his family operates a 2,000 head custom contract finisher and markets 10,000 pigs annually. He also grows corn, soybeans and cattle on 700 acres. 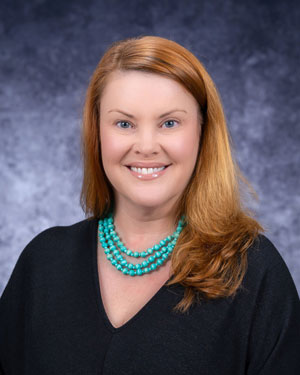 Denise Mason is a third-generation pork producer and the owner of Goshen Farms, a 2,400-sow farrow-to-wean farm in North Carolina.

Denise currently serves Maxwell Foods as the company’s first Training and Development Coordinator, on the North Carolina Pork Council and is a part of the Swine Management Advisory Committee at a local community college. She is also a Pork Quality Assurance® Plus and Transport Quality Assurance® advisor and an active Operation Main Street speaker. 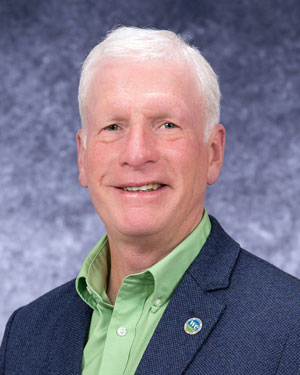 Scott also grows corn and soybeans on his family farm. He is active in the Missouri Pork Association, serving as chair from 2015 to 2016, as well as terms as treasurer and secretary. Scott, who has served on the Pork Checkoff’s Producer Services and Communications Committee, was a Pork Act Delegate from 2002 to 2016. He is currently the Missouri Pork Association’s representative to the U.S. Meat Export Federation and is serving on the U.S. Farmers & Ranchers Alliance board of directors. 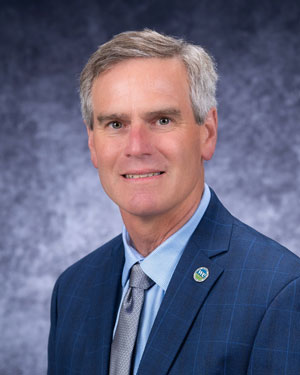 Dale Stevermer is the owner of Trails End Farm, a feeder-to-finish and diversified crop operation in Minnesota.

Each year, Trails End Farm markets 5,000 pigs for Compart Family Farms in addition to raising 450 acres of corn and soybeans. Dale is a past president of the Minnesota Pork Producers Association (MPPA) Board of Directors and serves on multiple other committee positions for MPPA. He currently serves on the Agriculture Research, Education, Extension, And Technology Transfer (AGREETT) Advisory Board, which advises the MN Commissioner of Agriculture and the College of Food, Agricultural and Natural Resource Sciences at the University of Minnesota. 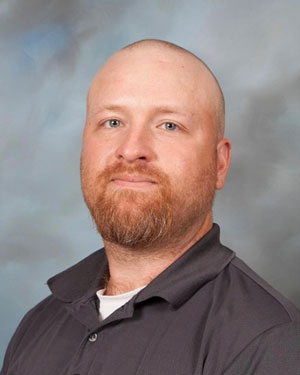 Daniel Tubbs is a niche producer from Oakman, Alabama, marketing 300 pigs per year. His farm also produces 500 acres of hay and raises cattle and feeder calves.

Daniel has been involved in the Alabama Pork Producers Association since 2016, holding the chairman position since 2019.