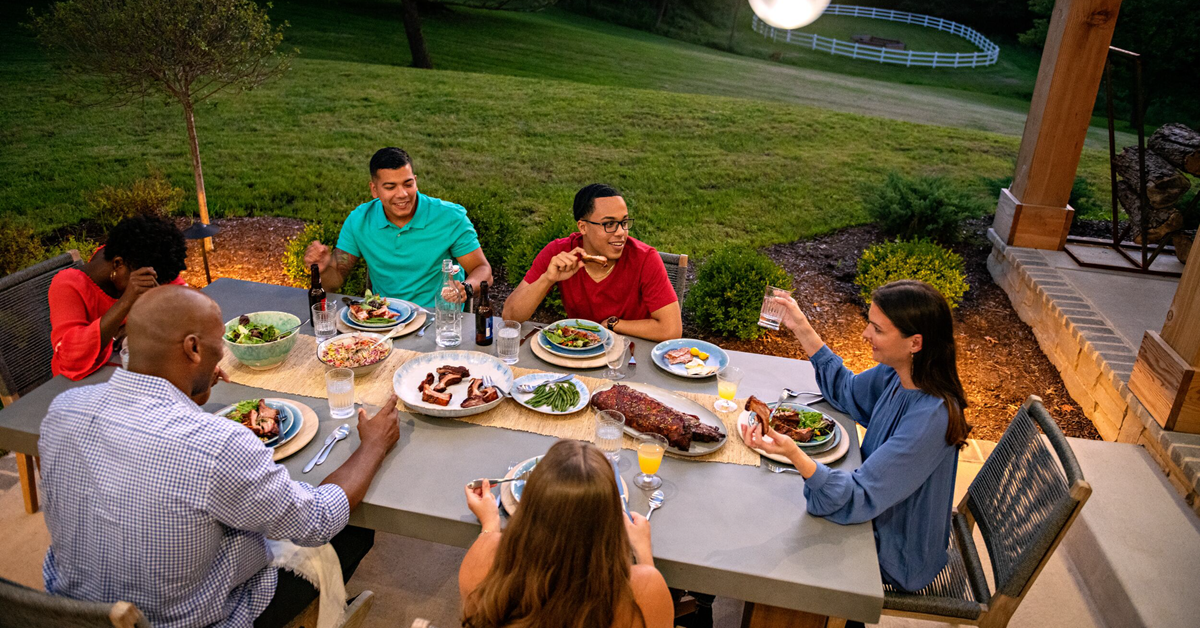 U.S. pig farmers have significantly reduced our environmental impact and continue to work toward further improvements. We also ask for a seat at the table and a fair shake.

I come from a long line of farmers.

My great-grandparents homesteaded in South Dakota and raised my grandfather and his eight siblings.

My grandfather and grandmother raised five kids – and livestock and crops – during the tumultuous time of the Great Depression, grasshopper plague and severe drought.

Many farmers share a similar background, which makes our responsibility to our families, the animals in our care, and the land and resources needed to produce food, far from a platitude.

It is an innate part of our identity, instilled in us by past generations who weathered many hardships, some due to environmental challenges.

As a farmer, former South Dakota Secretary of Agriculture, and current CEO of the National Pork Board, I have witnessed this commitment on the farm, throughout my home state and within the operations of the 60,000 U.S. pork producers we represent.

We are often questioned when new studies or reports are shared about how we raise animals and crops. And the progress we have made and continue to make is real.

Since my grandfather was farming, U.S. pig farmers have significantly reduced their environmental impact.

For example, a Pork Checkoff-funded analysis of key indicators found we use:

As an industry, we are working toward further improvements to reduce the 10 percent of the nation’s greenhouse gas emissions that the EPA attributes to all of agriculture.

We are far from the highest contributor, but we still can, and will continue to, improve.

How? By welcoming input and real solutions to provide sustainable progress while also feeding families around the world.

We are open to new ideas and different ways to farm. Such as turning farm waste into biogas to power homes with renewable energy.

And “smart” barns that are an energy efficient way to keep pigs comfortable amid changing weather conditions by automatically adjusting screens, air flow and water.

If we weren’t, we would still be plowing fields with horses (and plowing them every year).

We welcome input on how to improve. We also ask for a seat at the table and a fair shake.

Together in discussion, not separately shouting from different corners, improvements and understanding can be realized. We all want the same thing: accessible, nutritious food and a thriving environment in which to enjoy it.

I propose we start this discussion sooner rather than later; the time is now to act as we begin to emerge from the pandemic.

In the meantime, you can find the farmers tirelessly working on real farms, producing real food for real people – caring for their families, their crops and their livestock.

Bill Even is the Chief Executive Officer for the National Pork Board based in Des Moines, IA where he has responsibility for leading Checkoff-funded research, promotion and education projects on behalf of the nation’s 60,000 pork producers.

Prior to his employment with the National Pork Board, Bill served as the Global Industry Relations Lead and Commercial Unit Lead for DuPont Pioneer.

Bill and his family own and operate a diversified crop and livestock farm near Humboldt, South Dakota. The farm was homesteaded in 1883 by his great-grandfather and Bill began farming in 1983.